Why I Signed on with a SF/F Agency

I've gotten this question more times than you might expect. I'm not entirely surprised -- I'm publishing a contemporary middle grade novel, and my next few projects fall under the same category. How exactly did I end up working with one of the leading science fiction and fantasy agencies in the business?

It was actually pretty simple. I queried them, and I caught their interest. I'd queried them four times before, and two of the times gotten them to nibble a little bit. The two projects that had briefly caught their interest in the past were fantasy novels (one high, one urban). I'd written fantasy and science fiction (mostly awful material in the latter category) in the past, and I might again down the road. But that's still not the reason I signed on.

Because think about it. Contemporary middle grade? With an agency known for repping genre heavyweights like Brandon Sanderson and Charlaine Harris? What in the name of fruit salad was I thinking?

My first phone conversation with them was brutally honest.

"You do this and that really well, but when it comes to (mentions seven-thousand things), you're pretty terrible." 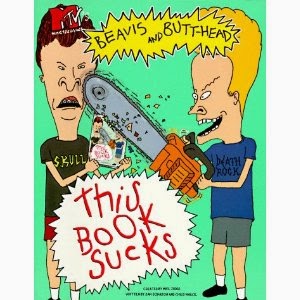 I'm paraphrasing and exaggerating, but that was the general gist. They were interested, but only sort of. They thought I had potential. But I had work to do before they jumped on board.

They were right about what was terrible, of course. They rep a lot of genre fiction, but they understood what made MG tick in the invisibly intricate way that adult authors just don't get. Every suggestion was sensible, and was likely to improve my manuscript. Why say no to an agency that knew exactly what I needed to do to make my book the best it could be?

I made my book a lot better, and I signed on with a heavy duty SF/F agency to sell my contemporary middle grade novel. I'd do it again if given the choice, even if an agent with a huge middle grade list offered to take me on.
Posted by Mike Grosso at 8:39 AM 1 comment: