Our last full day in New York started out with a quick deli breakfast and coffee. After that, we headed straight to Central Park, where we knew we would spend at least four hours.

We had a plan to rent bikes, but that went south the second we realized how many places we wanted to see that weren't accessible from the bike path. So we went on foot, following paths in all different directions, stopping at the Central Park Zoo and making our through beautiful trees and ponds.

The big thing about Central Park, for me, is that my closest comparison is something like Grant or Millenium Park. One look on Google Earth showed me how silly a comparison that was. Central Park is huge -- it's a giant rectangle full of smaller sites I could explore for days.

We took a lot of paths, and ended up at Strawberry Fields. I still don't understand the appeal of lying on the IMAGINE circle and taking smiley photos, but maybe I'm just dramatic.

We took a different path out of Central Park, and swung southeast to drop in at FAO Schwartz. It was a cool store, but I left a little disappointed in the "foot piano" from BIG. I did, however, have to tear myself away from the remote-controlled helicopters after seeing them in action.

We ate a place Anna remembered from her previous visit called Ruby Foos. It was right at the end of the block where we were staying, so it was a nice, easy dinner. I still have yet to enjoy a cup of sake, however.

We went on a Circle Line Harbor Lights cruise after dinner. This was a really beautiful way to see the city. So many of the buildings we walked by, including the Freedom Tower and Empire State Building, look amazing from the water. And for someone who has no interest in climbing the Statue of Liberty, this was a great way to experience it without having to set aside specific time for a visit. 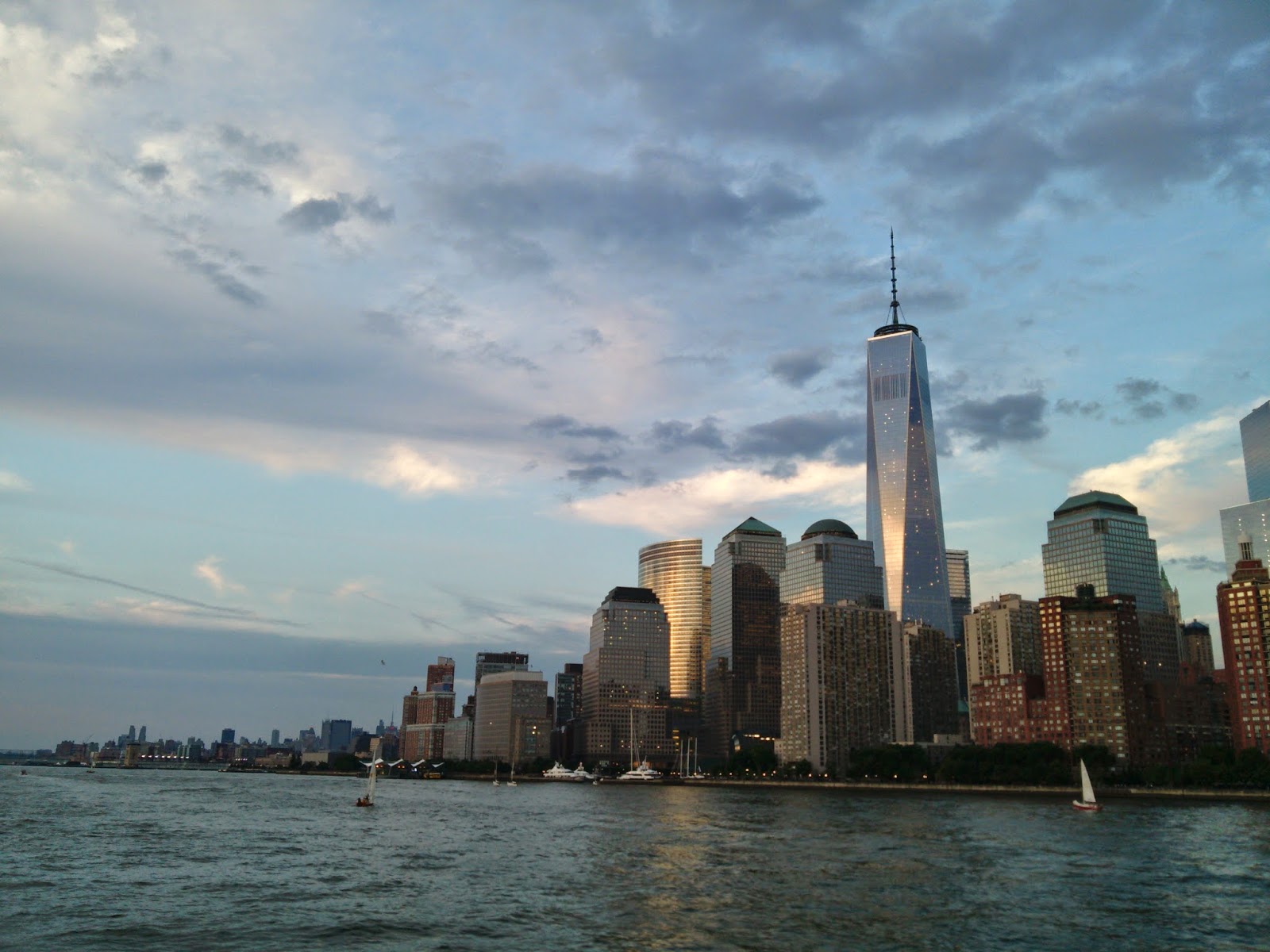 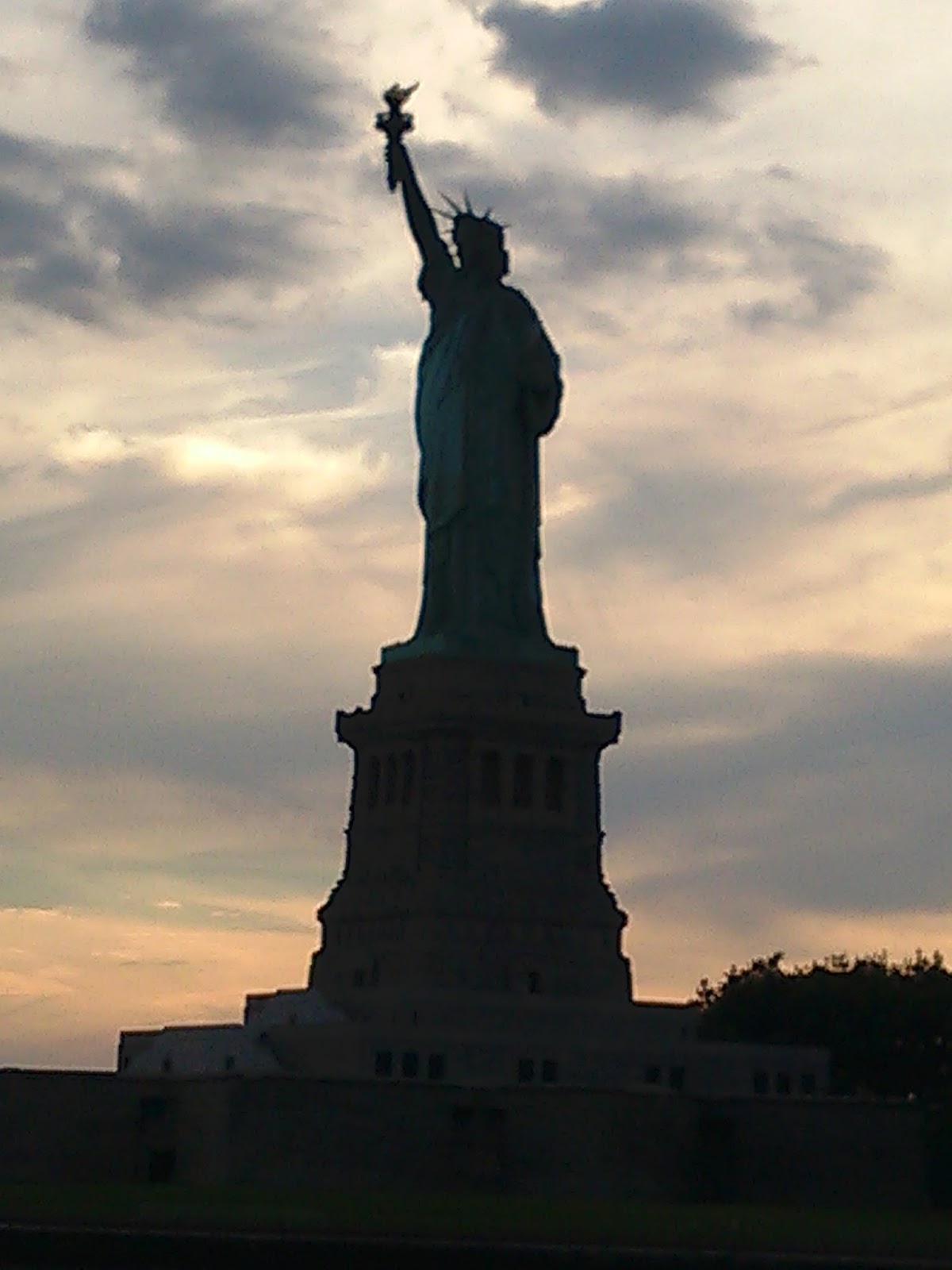 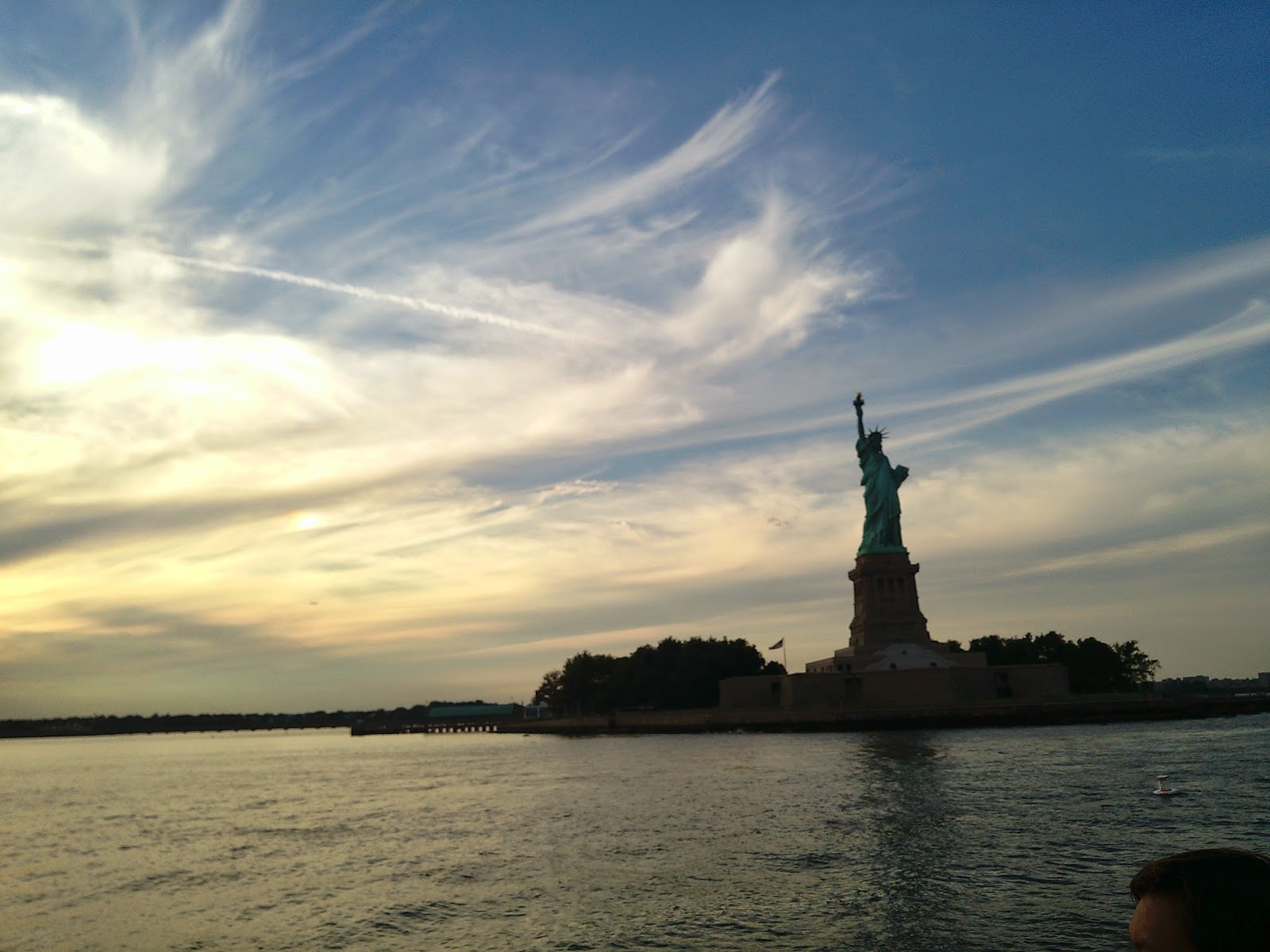 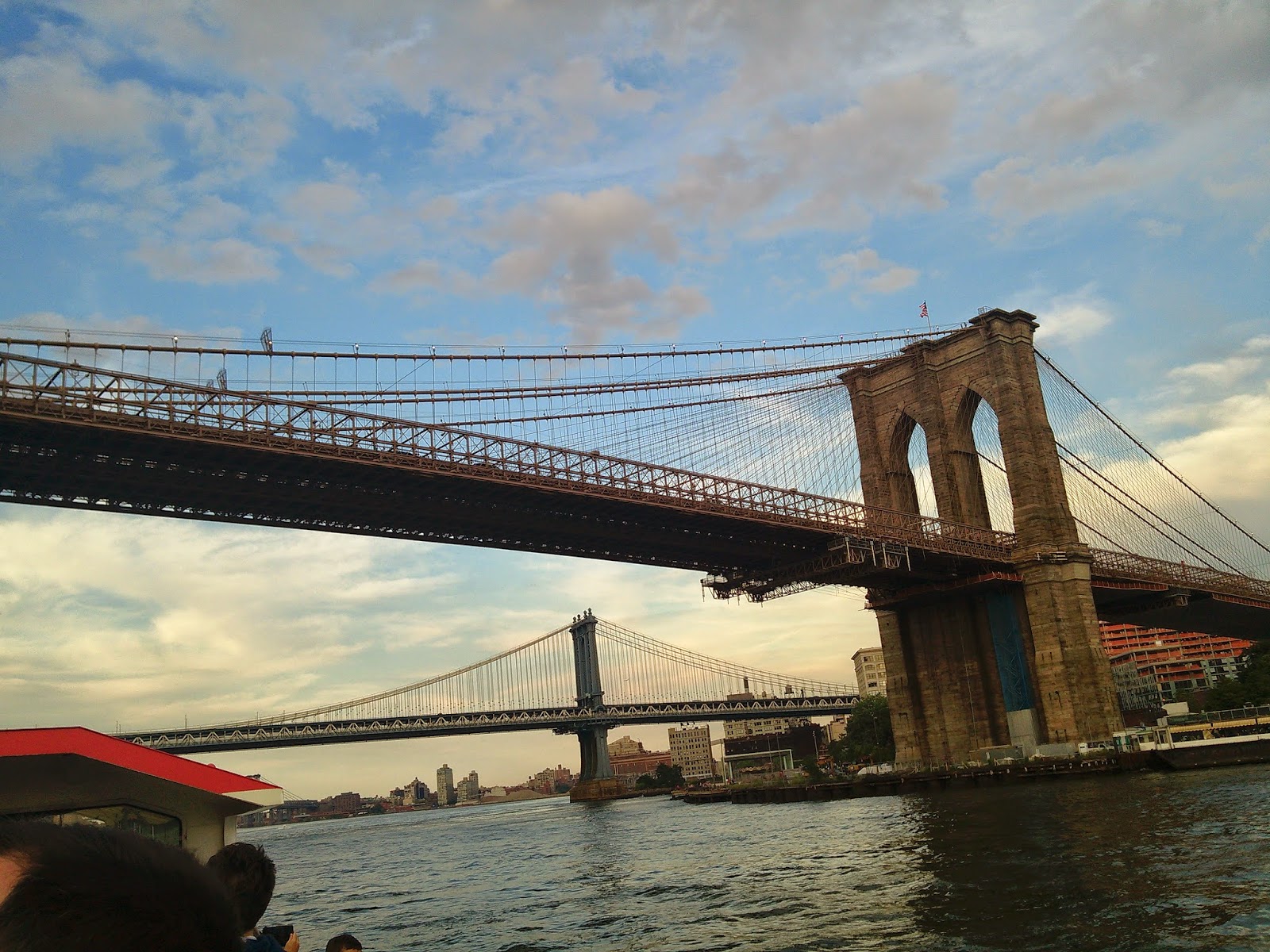 As I was saying, I kind of like seeing the Statue of Liberty from this angle better. It was also surprising to discover that almost half of her height is the base she stands upon. Ghostbusters 2 made me think otherwise. :)

We finished our night exploring a few more neighborhoods and jumping on a few more trains until we ended up back by the Comedy Cellar. We hoped and wished they would have room in their 10:30 PM show, but this was not the case. As a result, the Comedy Cellar became the one thing I really wanted to experience that didn't work out. Such is life.

The good news was we were less than a block from a place Eddie suggested we try. He warned me that Artichoke Pizza was not true New York pizza, by any means, but it was delicious if we found ourselves wanting something different. We did, and it totally paid off because Artichoke Pizza was balls to the wall excellent, and I don't even like artichoke. The moral of the story is, "Listen to your agent, especially when he suggests a pizza place." Anyone want to invent a clever way to ship a few slices to Chicago?

That was our third and final full day in New York. Tomorrow I'll cover our final day and post some final thoughts/reflections about the trip.
Posted by Mike Grosso at 2:22 PM